Senior Skylar Raynor was nearing the end of another work day as a member of Campbell University’s Call Team — a group of students working in the Office of Annual Giving tasked with reaching out to alumni and potential donors for the gifts that are vital for any private university.

On this day, she was calling to deliver “thank yous” to those who have supported Campbell over the last five years. As she was ready to end the call with one donor, the woman asked her about information on funding a scholarship.

“I was like, ‘You know, you’re more than welcome to give again,’” she recalls. “And so she ends up funding the same scholarship that has supported me throughout my time here at Campbell. And so I got a chance to thank her twice that night.”

Raynor, born in New York but raised in nearby Holly Springs, says college wouldn’t have been a realistic option for her if it were not for scholarships like the one she received at Campbell. The Gail McMichael Drew Scholarship, granted by Dalton McMichael, is awarded to worthy full-time students enrolled in Campbell’s School of Education.

She chose Campbell because not only was it close to home, it felt like home.

“When I visited here, I didn’t really pay attention to a lot of extra aspects about Campbell,” she says. “I simply paid attention to how I felt on campus, and I felt like I belonged here.”

She was table hopping at her freshman Welcome Week Street Fair when she heard a young girl calling out, “On-campus jobs!” for everyone to hear. The girl was the daughter of Campbell alumna and former Director of Annual Giving Tammi Fries, who was looking for students to join the Call Team.

Having worked fast food and other jobs since high school, Raynor was no stranger to employment. In fact, finding a job was as important as making her first day of classes, because she needed the income to help fund her being away from home for the first time.

“My parents have always instilled in me that you’re never going to be handed the things you want to accomplish,” she says. “You have to work for it. And my previous experience in customer service — and even in fast food — prepared me for this job. I knew going in I would need kindness and patience when speaking to customers. My previous jobs taught me to find things in common with people I don’t know — and in Call Team, we all have Campbell in common.

“So I’ve really enjoyed the job for the last four years. I like getting to know these people over the phone — the actual ‘fundraising’ question doesn’t come until after I’ve done that.” 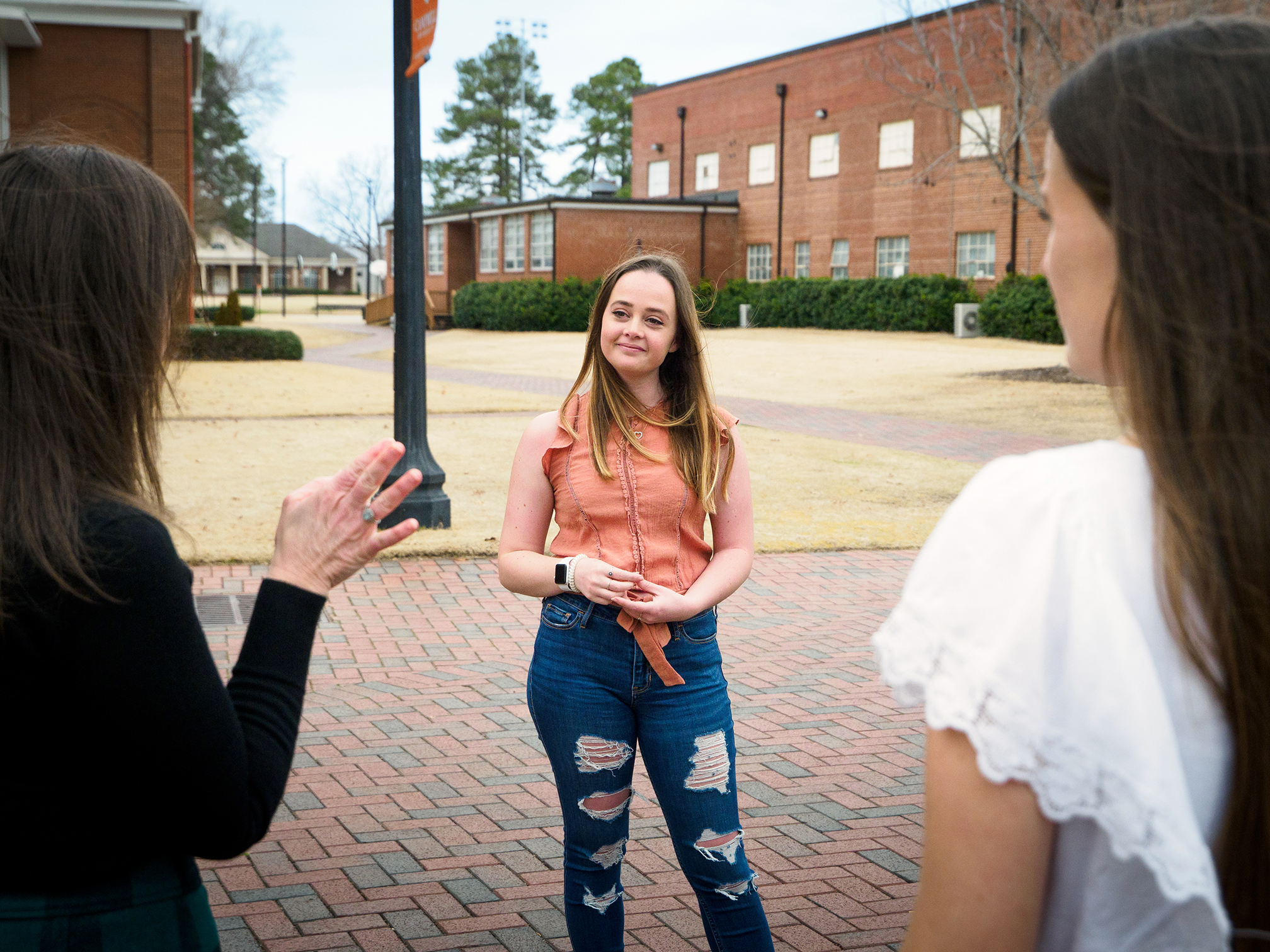 She’s had four years to learn not only how to talk to potential donors, but to get to know their motivation to give. She’s seen both sides of giving — from the “ask” to the impact.

“Giving has made my Campbell experience possible,” she says. “People who’ve given toward scholarships, they have helped me, and they’ve helped my friends whose only barrier to graduation was a financial barrier. It’s made me more empathetic to people whose only obstacle to success is accessibility to the right resources. I’ve seen, and I know that when people give to Campbell, their gifts actually help people.”

Hours before this interview, Raynor learned that her graduate studies at William & Mary will be 100-percent covered by scholarships. Plus, she’ll earn a stipend by working as a graduate assistant. The opportunities she’s been afforded because of the generosity of others is not lost on her, and they will be the reason she gives back when she becomes an alumna.

“I will 100 percent give back what I can to Campbell University after I graduate,” she says. “I’ve been so grateful for what I have, and I know it wouldn’t be possible without people giving back. And I would absolutely want to do that for somebody else in the future.”

Next: Why We Give | Oscar N. Harris