Bobby Ransdell was traveling with a friend through eastern North Carolina when they stopped at a hole-in-the-wall restaurant and sat down at its one table to eat alongside a stranger. About five minutes into their meal, the stranger stood up to leave.

“I said, ‘You don’t have to leave … I hope we haven’t offended you or something like that,’” Ransdell recalls, “and he said, ‘Oh, no. I have to go get my prescription filled, and the nearest pharmacy is about 50 miles away.’”

That moment stuck with Ransdell, whose family company has enjoyed success in the fencing industry for several years. It led him to reach out to his friend and neighbor, Larry Swanson, the former chair of the Department of Pharmacy Practice at Campbell’s College of Pharmacy & Health Sciences, and that led to a meeting with the school’s founding dean, Ronald Maddox.

Ransdell was surprised to learn that his own Harnett County was also considered a “medically underserved” area. He responded with several large gifts for the school — one of them to establish a mobile clinic initiative and another to fund scholarships for students wanting to make a difference in rural areas through their future practice.

Then in 2016, the Ransdell Charitable Trust pledged $450,000 toward the Health Professionals Readiness and Enrichment Program, or HPREP. The program is a four-day interdisciplinary, preparatory and professional development course that gives a “slice of life” career look for students interested in osteopathic medicine, pharmacy, pharmaceutical sciences, clinical research, public health, physician assistant opportunities and physical therapy. 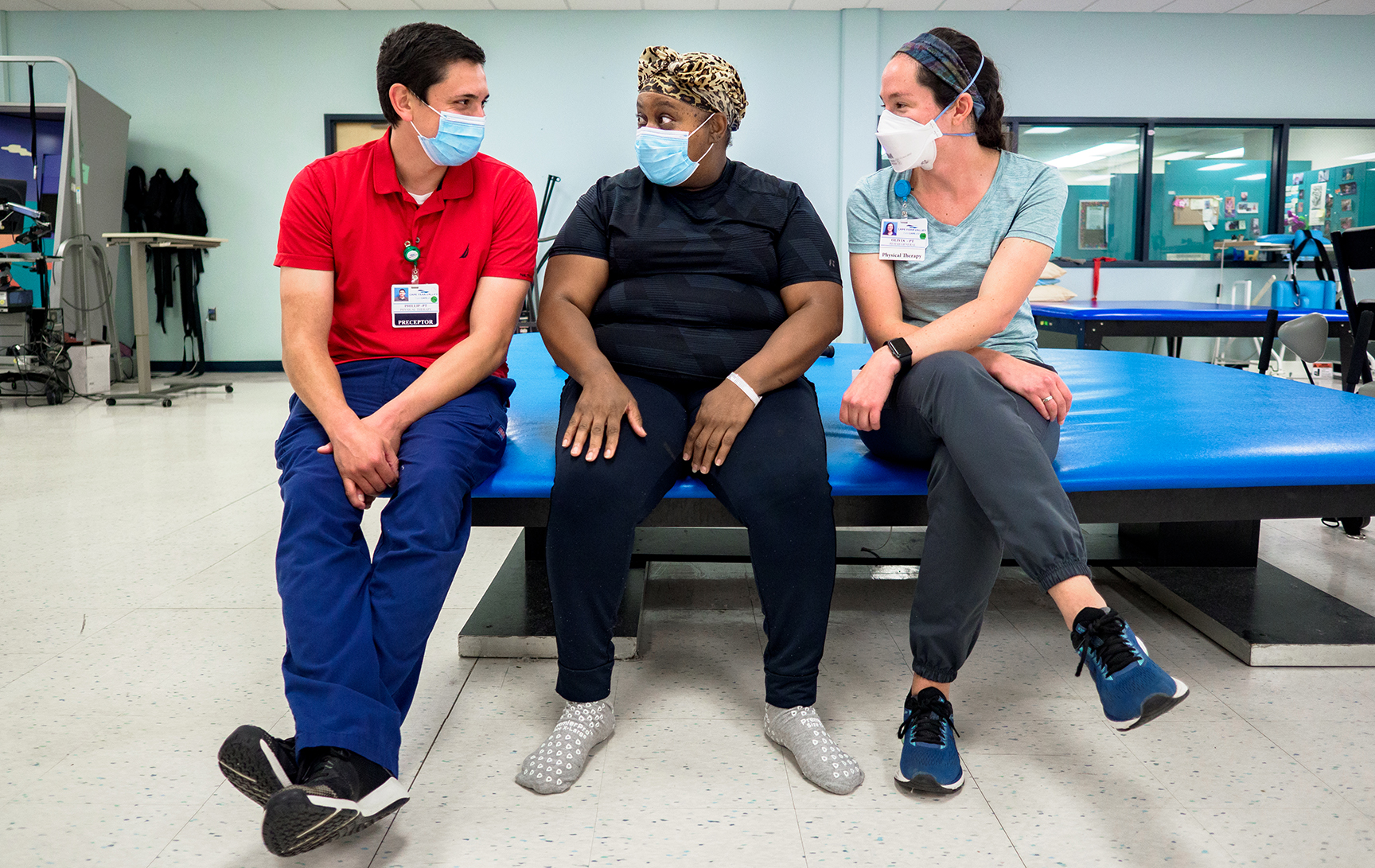 “Campbell’s mission in its health sciences programs is to serve our underserved areas. A lot of our students choose to go back to underserved areas, whether it’s eastern North Carolina, the Appalachians or the inner city. And we’ve seen our students working with migrant farm workers at their work sites, providing valuable care that they otherwise wouldn’t have received.”

Prospective students come in and network with health professionals and current students to get a better idea of what to expect in these programs, and — very important to Ransdell — HPREP is targeted at first-generation college prospects, students from financially disadvantaged families, underrepresented minority students and students with a particular interest in practicing in rural areas.

Now named the Ransdell Family Health Professions Readiness & Enrichment Program, the inspiration hit Ransdell after learning about the program, which at the time was sponsored by the state of North Carolina and was facing an uncertain financial future.

“I thought it was important these students have the opportunity to find out what they really want to do,” he says. “After going through this program, many of them change the career they think they want, because they see a better fit in another. Going through this program saves them time and money — then that opens up a spot for another student who really wants to be in that program, but otherwise could have been left out. It’s a win-win situation.”

The Ransdell family gift for the program is committed to keeping it running at least through 2030. He hopes to see it go much longer.

Seeing rural communities thrive and seeing people living in rural communities live healthy lives with proper access to health care has been important to Ransdell, long before that encounter in the restaurant. He was drawn to support Campbell’s health science programs because of the school’s mission to serve people in underserved areas. Ransdell sees helping students who choose Campbell as a two-fold investment, because those students end up in careers that help rural communities.

“A lot of our students choose to go back to underserved areas, whether it’s eastern North Carolina, the Appalachians or the inner city,” Ransdell says. “And we’ve seen our students working with migrant farm workers at their work sites, providing valuable care that they otherwise wouldn’t have received.

The total number of gifts and donations made by Campbell University alumni, faculty and staff and friends of the Campbell community over the five-year life of the Campbell Leads campaign.

“There are some counties in North Carolina that don’t have a single OB/GYN. So somebody has to step up and become the physician who is able to attend to these patients. You may not live in Charlotte, Raleigh or Greensboro, but that doesn’t mean you don’t deserve the same treatment. I think Campbell shares this goal, and I think they’re doing the right things to help.”

Bobby Ransdell is a humble man. When asked about his generosity, his answers focus on the needs. He says it’s important to him that the HPREP program carries the name “Ransdell Family,” rather than “Bobby Ransdell.” Seeing his name on a building or a program isn’t why he gives, but giving is a way he can honor his family.

“I’m not doing it for me,” he says. “A lot of this was done to honor my parents, who grew up during the Depression. My dad was almost deaf and went without a hearing aid, and he and my mother really struggled during those times. And while they were not very successful from a monetary standpoint, they were successful by being wonderful human beings. That legacy is important to me.”

Next: Why We Give | Lizzie Tart