Tatiana Terry closes out her Law School career with an international counseling title; a bright career in advocacy ahead of her

One of 24 law school teams at the Brown Mosten International Client Consultation Competition in Dublin, Ireland, in April, the duo faced an enormous uphill climb trying to become just the seventh U.S. team to take the title in the last 33 years.

To begin, theirs was the final national competition to earn a spot — they learned they were heading to Dublin just a week before showtime. Neither Terry nor Webb had passports — both had to drive five hours north to Washington, D.C., for a new one. Neither had much of a chance to train. Neither had much experience in criminal law (the focus in Dublin this year). Webb had never traveled abroad. Terry was worried the competition would lead to one absence too many in her third-year law classes. 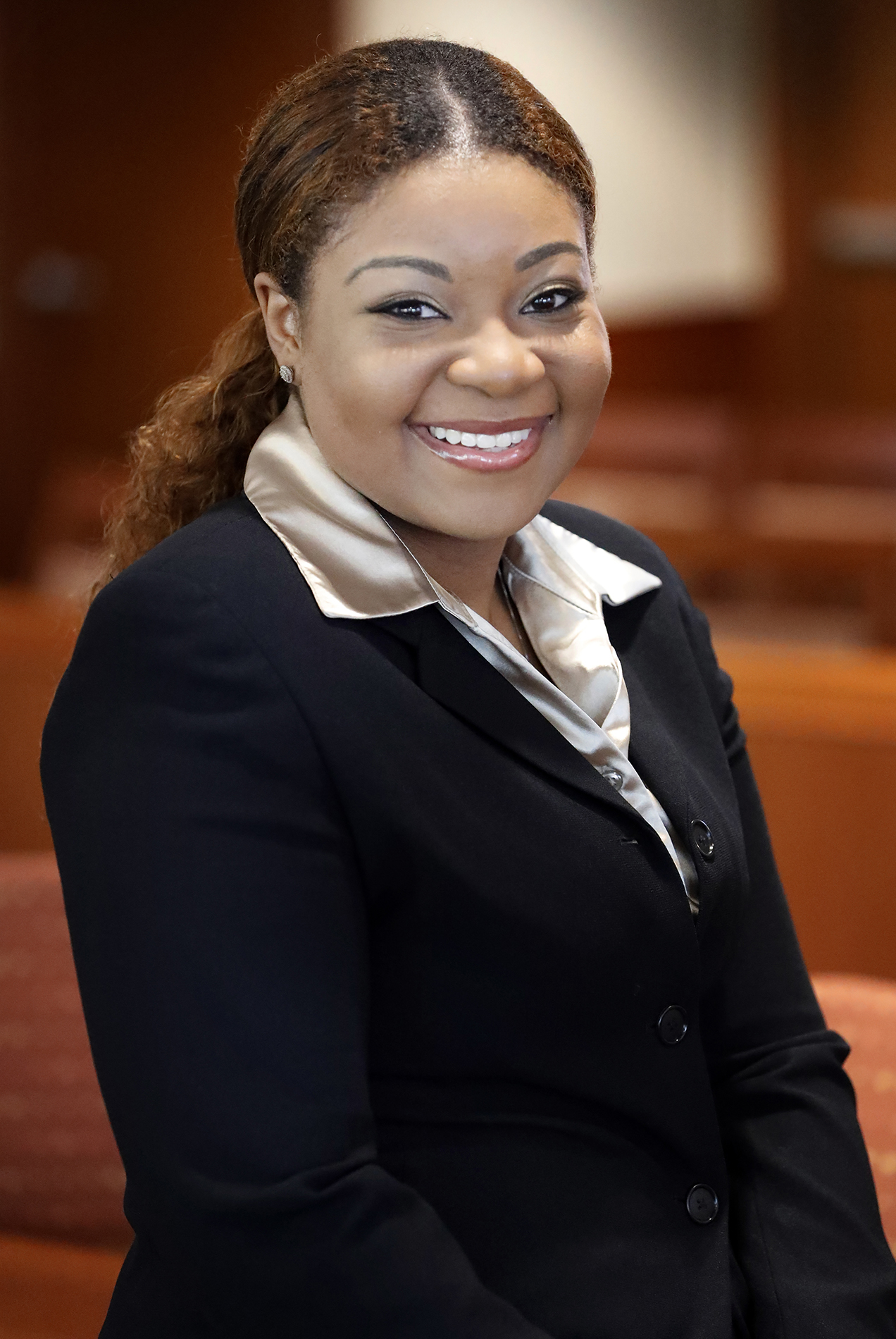 Again, nobody expected much.

They didn’t lose. The two 3Ls (third-year law students) became the first team from North Carolina to take home the international title, besting The Netherlands and New Zealand in the semifinals and India in the championship round. The Brown Mosten International judges the law students on their ability to navigate the attorney-client relationship, pre-trial. They’re scored on their ability to interview, counsel and support their client through a “hypothetical legal issue” and called on to built a rapport, clearly communicate their goals with their client and consider applicable laws and options that might be available to them.

Coached by professors Melissa Essary and Jon Powell (with assistance from professor Bobbi Joy Boyd), Terry and Webb did all of this despite very little preparation (and very little sleep) in the days leading up to the cross-the-globe trip. They did all of this despite coming in as a No. 5 seed and facing the No. 1 seed, The Netherlands, in the opening round … despite also having to face a New Zealand team that had beaten them in a prior competition.

And in the finals against India, Terry and Webb were thrown for a loop. Their “client” was a man who entered the room wearing a hat and sunglasses and who spoke in hushed tones and warned them that Interpol (the International Criminal Police Organization) was looking for him and that he needed immunity. He was the farthest thing from any client they’d worked with back in North Carolina.

“In international competitions, they hire real actors — not just law students or volunteers — real actors,” Terry says. “This guy tells us we’re lucky to see him … that he’s about to make our legal careers. That he’s bigger than (famed whistleblower) Eric Snowden. We’re just two country girls from North Carolina — we had to look up what Interpol was.”

After the initial shock, Terry’s and Webb’s instincts (and training) kicked in. Their client tried to take personal phone calls during their meeting, but the duo was assertive and mindful that they needed to control the room.

“We were just trying to be real lawyers,” Terry says. “This is why we’re here.”

The win was huge not only for Terry and Webb, but for the law school as a whole as well. It marked the icing on the cake of what’s been a hugely successful year when it comes to competitions — both national and international. On April 14, a team of Campbell student advocates won the American Association of Justice Student Trial Advocacy competition in Philadelphia. A month prior, Terry was part of the team that won the Constance Baker Motley National Trial Competition hosted by the National Black Law Students Association in Little Rock, Arkansas. It marked Campbell’s first national championship at that competition. 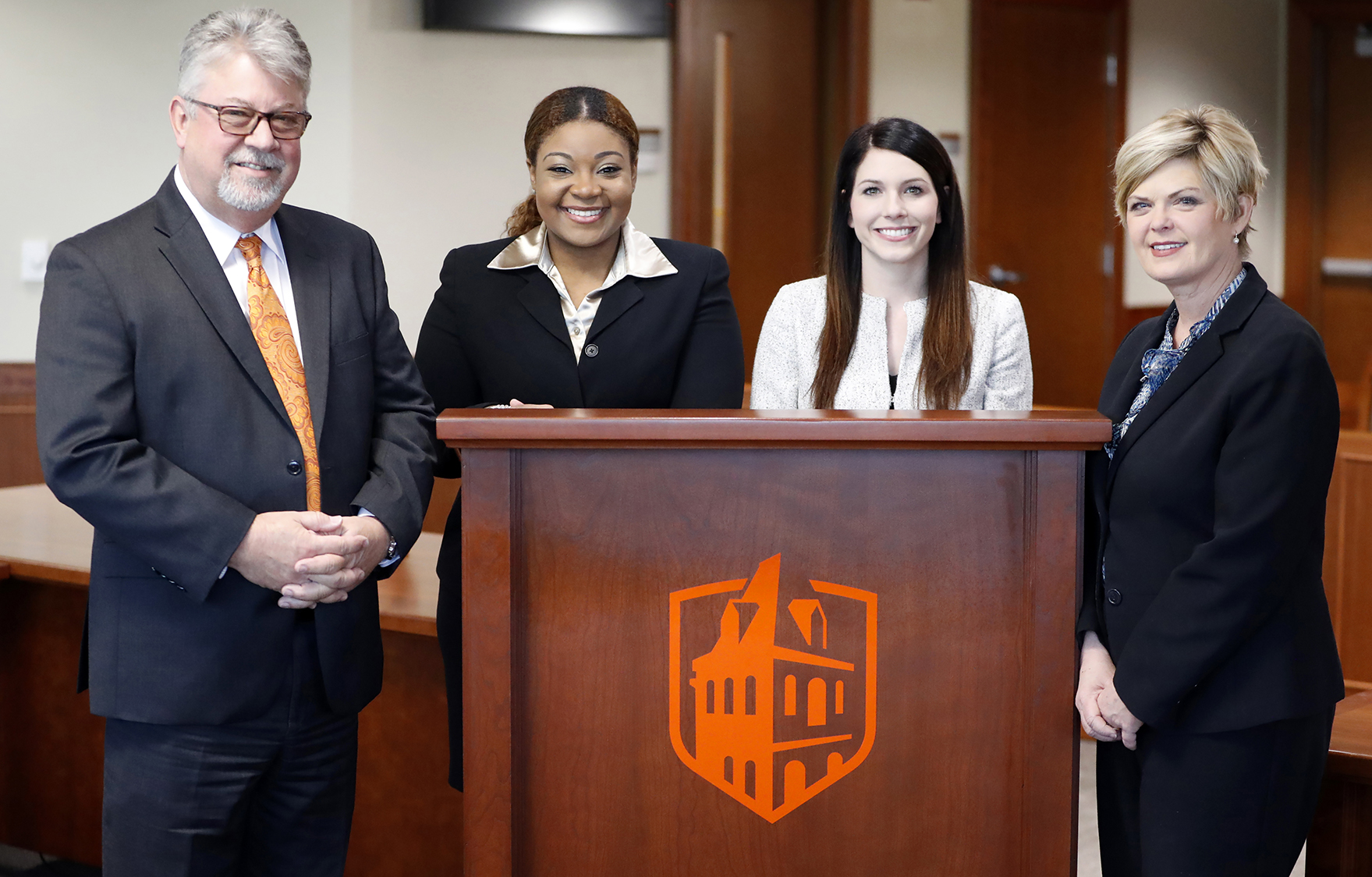 Terry gives all the credit for her success to her coaches and advisors — professors like Melissa Essary and Dan Tilly and Jacob Morse, who ended his stellar student advocate career at Campbell in 2017 after becoming the first Camel to win the Top Gun National Mock Trial Competition in Texas.

“I’m internally motivated, but I still need someone to push me,” Terry says. “Our coaches saw I had raw talent, and they’ve pushed me to get where I am today. They expected more from me, and they were constantly telling me I could do better. But they also knew when to let me marinate in my own thoughts. They knew how to find the little things — like maybe the way I shook my head during a competition — and offer advice to change it.

“When they started coaching me as a 2L, they believed I could be one of the very best attorneys in North Carolina. They pushed me to do that and believe in myself. I’ll always credit them and my teammates … they got the rawest version of me and allowed me to blossom.”

Terry says she needed that extra push, at least in the beginning. As a second-year student, she competed in several advocacy programs and lost. Her first venture into the Top 5 was in a competition where only the Top 4 advanced. She was a No. 1 seed at a competition in Texas and was knocked out by a No. 6 seed.

“There were so many defeats, that I’ll admit early on, I thought about quitting,” she admits. “But my coaches were telling me, ‘You’re literally on the brink of tremendous success. If you quit now, all that hard work will have been in vain. It you quit right now, you’ll give up everything you’ve dreamed of.” 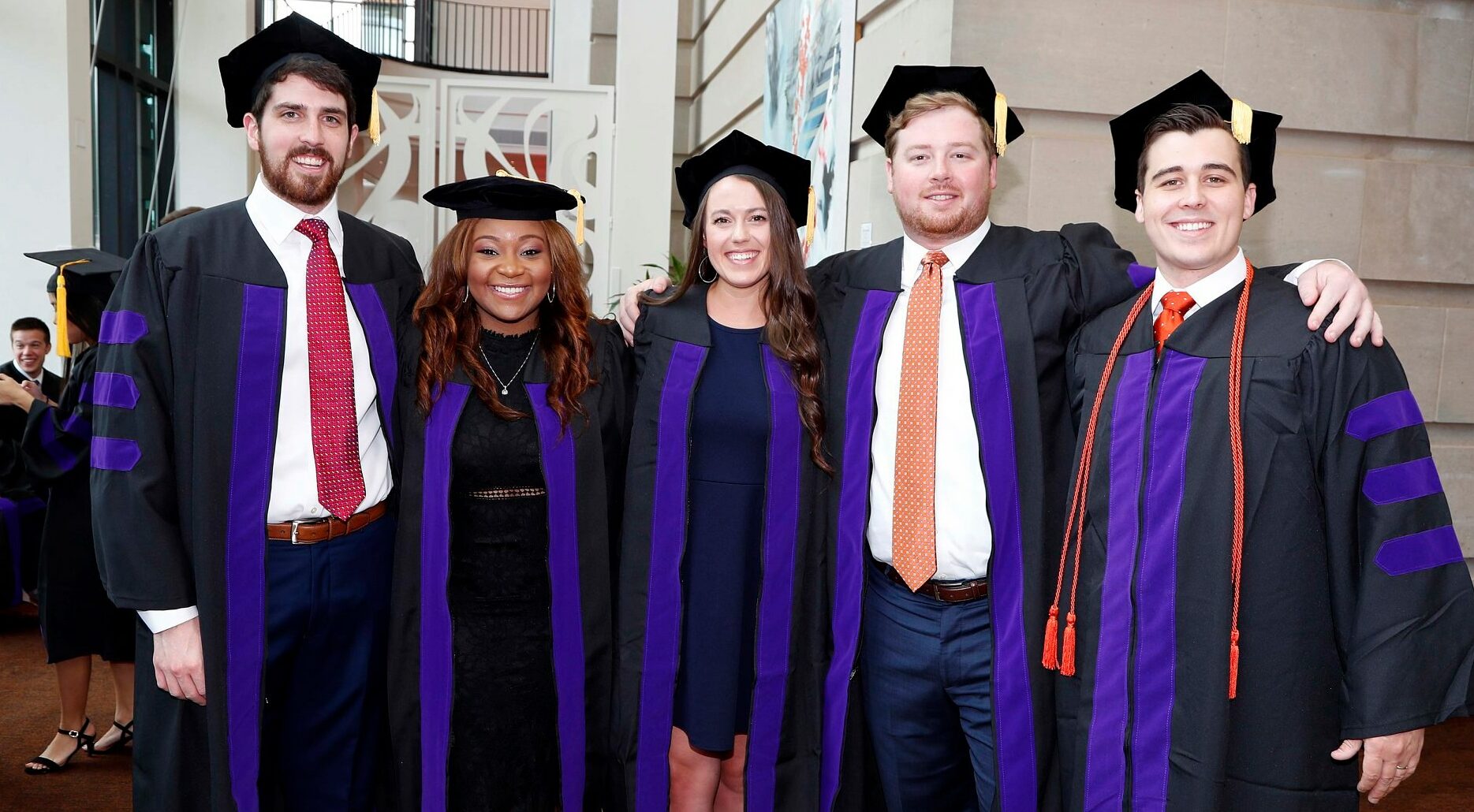 That dream has been with Tatiana Terry more than half of her life.

As a 10 (and a half) year old, this opinionated, vocal young woman was told she’d make a great lawyer, so she immediately became a volunteer juror in Durham County’s teen court program — a real court where juvenile offenders can have misdemeanors wiped off their record through their participation. As a juror, Terry found herself judging the teen lawyers more than the offenders.

“I’d listen to the two people trying the case, and I’d say to myself, ‘No! You’re missing the point,” she says. “I was the smallest kid there with the highest-pitched voice, but in that jury room, I was the loudest. Eventually, I became the foreperson.”

She climbed the teen court ranks and became an attorney. Her first trial was a misdemeanor larceny, and she could only describe her feeling during her closing argument as “electric.” From that moment on, she tried cases continuously from late elementary school through high school.

“I didn’t choose to be a lawyer,” she says. “It chose me. I believe God predetermines our purpose, and he puts on on Earth to do a certain thing. This is the thing He wants me to do. I’m a fighter for others. If you need someone who will fight for you, stay up all night to go over your situation when your case seems unwinnable or impossible, I’ll fight until I win.”

We have a winner!! #CampbellLaw’s Tatiana Terry is the #2019 #TopGun national champion! Congratulations to her, her…

Posted by Campbell University School of Law on Sunday, June 9, 2019

She credits her determination to her mother, who led by example. Terry remembers accompanying her mom and sitting in her night time social work classes at North Carolina Central. Her personality, of course, meant she took part in the classes, too, often raising her hand to ask her mother’s professors a question or make a point.

“She was the first in our family to go to college, and she told me very early on I was going to go to college, too,” Terry says. “It wasn’t an option. Nobody in our family has gone on to earn a master’s degree or a doctorate, so my motivation today isn’t just for me, but for everyone in my family and for every underrepresented black woman out there who wants to attend law school.”

In 2016, Terry was chosen as a student speaker for North Carolina State’s commencement ceremony. When it came time to choose a law school, she narrowed her final two choices to Campbell and Wake Forest. Campbell won out, she says, because of the reputation of its advocacy program.

Terry graduated with her juris doctorate on May 13, earning the Robert A. Jenkins Award — given to the student whose work in various competitions or other areas “best represents Campbell Law to the community, the profession and to the public.” But her career at Campbell isn’t over, yet. She’s set to compete  in the Top Gun National Mock Trial Competition at Baylor University in June.

Update: After this article was published, Terry won the national Top Gun Mock Trial competition, becoming the second Campbell Law student to win the even in the last three years (Morse).