The idea first hit Jerry M. Wallace in 2009, standing on the campus of a small private university in Mississippi as part of a team tasked to review that school’s ability to launch a school of osteopathic medicine.

On May 20, 2017, a mere eight years later, Wallace looked out at a sea of 150 robed and tasseled members of the charter class of the school of osteopathic medicine that bears his name. And he beamed.

“I will forever remember this day,” said the former Campbell president and current chancellor. “You’re making history, and when I’m done talking, you’ll be able to proudly place DO behind your names. I’ve been delighted seeing you wearing the Campbell orange and black and the Campbell crest on your coats during your rotations. Your preceptors told me your work was superb. One hundred percent of you passed your national examinations. You did so well, and you showed up so well.”

The 150-member charter class of the Jerry M. Wallace School of Osteopathic Medicine began their residencies in 32 states across the nation this summer. Thirty-five percent of the class now practices in the Southeastern portion of the United States in medically underserved regions or regions currently facing a physician shortage.

Campbell Magazine interviewed and featured several members of that charter class during their four years in Buies Creek. Days before they officially became doctors, seven of them took the time to reflect on their Campbell experience. We compare their remarks today with what they told us during Year 1 or during their first weeks of rotations in Week 3. 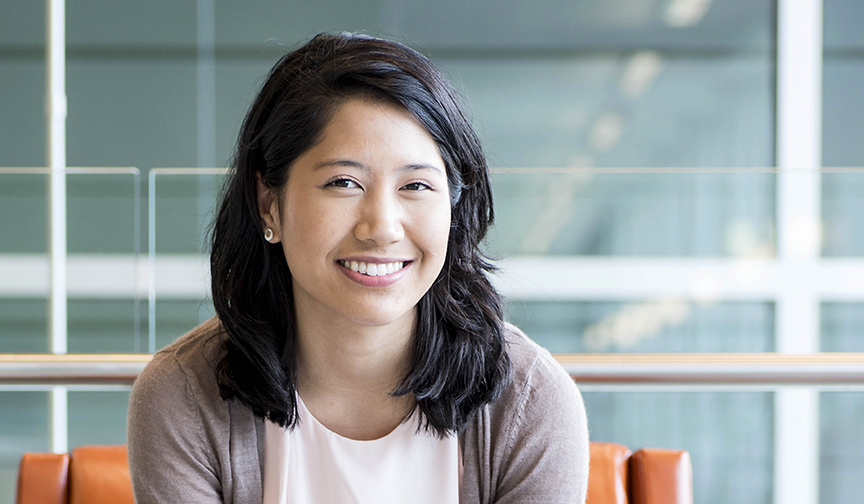 You’d think Buies Creek, North Carolina, would have been a culture shock for Rosemarie Dizon, a graduate of Rutgers University in New Jersey. But Dizon fell in love with Southern hospitality (and sweet tea) and transitioned seamlessly to her new settings.  Dizon was interviewed by Campbell Magazine in 2014 after her first year as part of a book chronicling the med school’s inaugural academic year. Three years later, she’s entered her intern year at the Naval Hospital Camp Pendleton Family Medicine Residency Program in southern California.

Then: “What interested me from the start was Campbell’s emphasis on global health and medical missions. I liked that the school had a Christian background. And the fact that the school was new was enticing, because it meant there was potential for change.”

Now: “‘Four years’ … I have to let that sink in for a minute because it only feels like a year has gone by since this all began. My experience has been colored with difficulties, triumphs and an overall appreciation of the human experience when people are at their most vulnerable states. When I reflect on that, I am humbled by how resilient the human mind and spirit are in the most difficult conditions. This sentiment aligns perfectly with the tenets of osteopathic medicine, furthering my desire to practice truly holistic medicine.”

Jeffrey Pennings’ Campbell experience was one he shared with his father. The two arrived in Buies Creek at the same time — Jeffrey a member of the medical school’s charter class and Dr. Nicholas Pennings a member of its faculty. In 2013, Jeffrey told Campbell Magazine he wanted to follow in his father’s footsteps and go into family medicine. Four years later, his residency in family medicine begins in Boise, Idaho.

Then: “Growing up, I loved the stories about my dad’s experiences. When I would hang around his office, I always liked the way he interacted with his patients. That personable approach and the relationships he built over the years … that’s the same thing I desire when I practice medicine.”

Now: “I had a great experience at Campbell — both during my first two years in the classrooms and during my clinical studies in rural parts of North Carolina. Working in those clinics and hospitals and meeting a ton of people in North Carolina — people with different health care needs and different disadvantages — was valuable. And it was a tremendous experience going through this with my dad. I got to learn medicine with him … it was pretty special for both of us.”

Then: “You can have 50 people sit and tell you, ‘Oh yeah, med school is going to be tough. I hope you’re ready.’ But you really don’t understand what they mean until you go through it yourself. It’s emotionally challenging having to put your life on hold to go to class and study constantly. It’s physically challenging, too. I remember we’d have to treat each other in the OMM labs because our backs were hurting from sitting in the same position to study for hours and hours. It’s a challenge in every sense of the word. But it’s worth it. It’s worth it. All that we’re going to be doing to help people; it’s worth it.”

Now: “These four years have been challenging for sure, but I felt supported by my amazing classmates and faculty every step of the way. The feeling that I always use to describe Campbell is that we truly are a family. I felt it on my interview day here and every day since.  We have accomplished this together.” 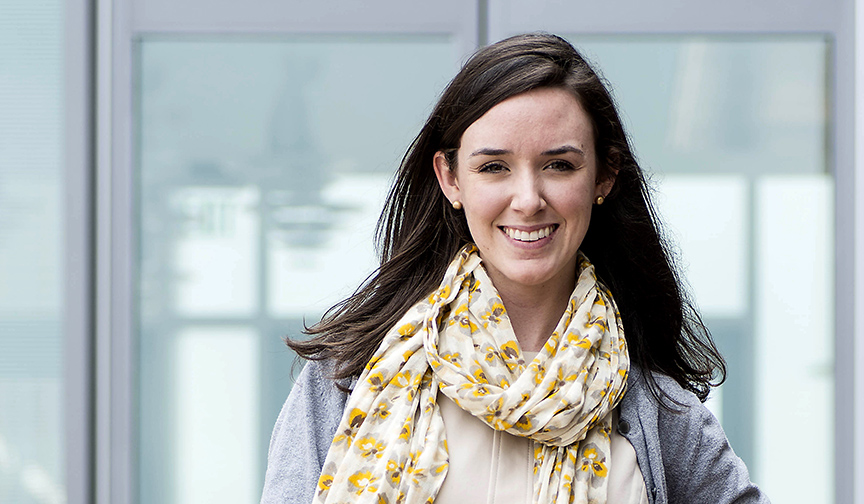 Katy Brewer Key is a descendant (the great-great niece) of Harnett County’s first-ever physician in the late 1800s, Dr. James H. Withers. She’ll continue his legacy by beginning her residency in North Carolina at Cabarrus Family Medicine’s residency program in Concord. Key was interviewed by Campbell Magazine in 2014 after her first year as part of a book chronicling the med school’s inaugural academic year.

Then:“My intent all along was to stay in North Carolina for my training, and I fell in love with Campbell because of the school’s mission to serve rural communities. It struck a heart chord with me. I love helping people, and I love science and learning why things happen to our minds and bodies.”

Now:“[My great-great uncle] was willing to visit homes and stay for hours if needed until he felt his patient was stable. Where science drifted, the desire to heal persisted. I am sure he understood with great profundity the interaction of mind, body and spirit when taking care of an individual.   It is through his legacy and my experiences that I have chosen to follow in his footsteps to obtain my training in family medicine in North Carolina.” 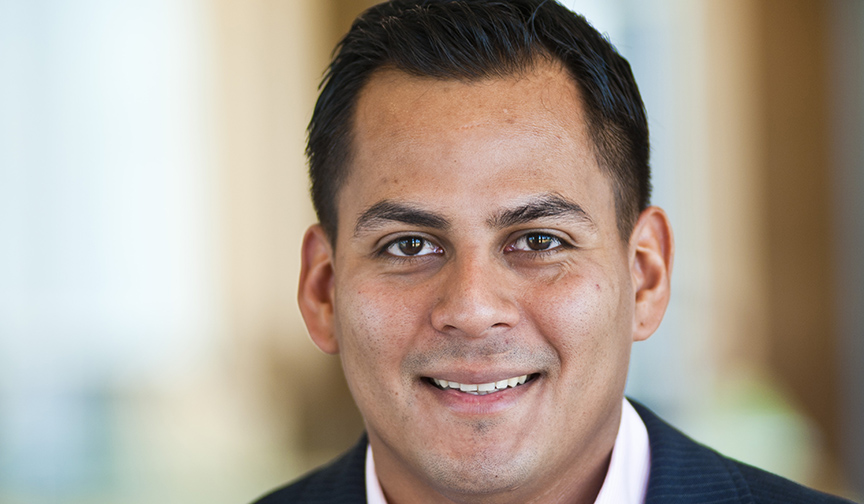 Erasmo Espino was a U.S. Army veteran of wars in Iraq and Afghanistan before joining Campbell’s charter med school class. His experiences prepared him well — Espino became a leader in his class and was named a Pat Tillman Military Scholar during his second year, one of only 57 students nationwide to achieve that status. This summer, Espino entered his emergency medicine residency at Emory University School of Medicine in Atlanta.

Then: “A lot of my decisions in life have come from instinct, and I have no doubt this was the right decision for me. I’m excited about my future. I’m excited to be a part of something new.”

Now: “The past four years at Campbell have been an affirmation that I chose the right path after my military service. I wanted to dedicate the rest of my life to something that would have a profound effect in people’s lives. Each patient and each encounter was an opportunity for me to make a unique connection and, at the same time, reinforce important medical knowledge.” 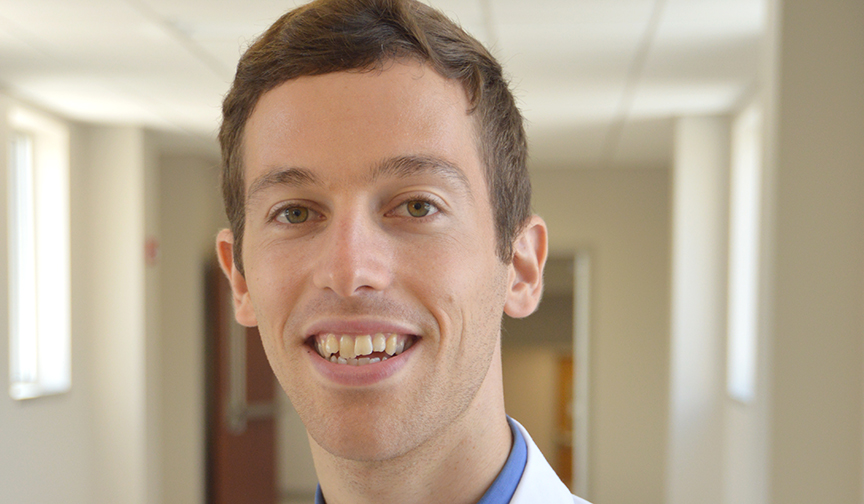 Tom Soker was one of five students featured by Campbell Magazine for its Winter 2016 cover story, “In the Field: A Day in the Life of a Third-Year Medical Student.” During his rotations in Lumberton that previous fall, Soker said he was considering a career in cardiology. In 2018, he’ll join classmate Erica Brotzman in at Case Western in Cleveland to begin his residency in radiology. Before then, he’ll spend a year at Virginia Commonwealth University studying internal medicine.

Then: “There’s so much about medicine I don’t know, but I understand it all comes with experience. I recognize that. But just seeing where I’m at [starting my third year], my progression of knowledge and ability to recognize things compared to where I was a few years ago is just incredible. It’s a testament to the great teaching at Campbell. Without a doubt.”

Now: “I had a great experience during my four years of medical school. I couldn’t have asked for a better group of classmates, many of them will be lifelong friends of mine. It was definitely a rigorous [experience], but I feel like I grew and achieved more than I ever thought possible.” 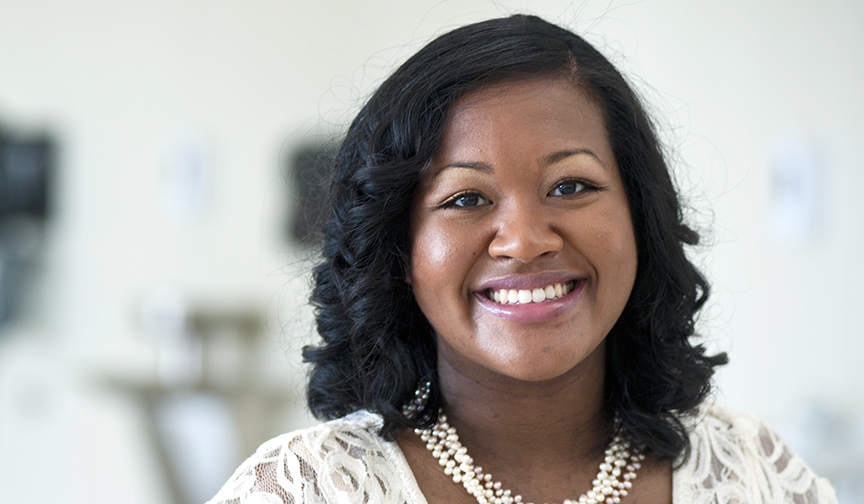 Melissa Stout Davies started medical school in 2013 just six weeks after giving birth to her first child. Davies had her second child — a daughter — during her final year … her children were 4 years and 4 months old at her commencement ceremony on May 20. Motherhood has prepared her well for her future — she started her OB/GYN residency at East Carolina University’s Vidant Medical Center in Greenville this summer.

Then:“When I told family and friends about med school, they told me it would be a huge transition and the work would be intensive. With a newborn on the way, they questioned the decision. But becoming a doctor is my dream. So I’m going to go with it. And it’s going to be worth it.”

Now: “I’ll never forget how overwhelmed I was on that very first day four years ago. But I realized later that if I paced myself week by week, I would make it. I’ve made long-lasting friendships and long-lasting relationships. I’ve met professors I will never forget. It’s amazing how quickly four years have flown by, and I am so grateful to have been able to call Campbell home.”