Sunni Sky’s was still a relatively new business in 2006 when owner Scott Wilson decided to try something unique to appeal to his “hot sauce crazy” friends. The result was Cold Sweat — a fiery three-pepper concoction so hot it required a legal waiver from anyone wanting to try it.

A feature on Cold Sweat soon appeared in the Raleigh News & Observer, and business got a nice boost from the exposure. But when the Associated Press picked up the N&O story and sent it to every newspaper and radio and TV station in the world, Sunni Sky’s went viral (before “viral” was cool).

“I got a lot of attention for horrible ice cream,” says Wilson, who named his business after his children Sunni and Skylar back when they were 7 and 9 years old (they’re 21 and 24 now). “It was insane. We were known in Australia and China, and business just got out of control. I couldn’t wait to get rid of the Cold Sweat tub, to be honest.”

Cold Sweat put Wilson and his business on the map, but it’s been the other 130-plus flavors over the years that have made the small business just north of Angier on N.C. 55 the go-to place for ice cream and milkshakes when the weather calls for something cool.

And they’re what’s made Sunni Sky’s not only a popular stop for Campbell students during their four years in Buies Creek, but an essential part of their Campbell experience as well. Incoming freshmen get their first taste during their summer orientations or during Welcome Week, where Wilson’s crew sets up a tent or truck on campus as they’ve done for well over a decade now.

“I remember our first orientation, and it was just me and my daughter with nothing but a cooler and a few scoops, serving 200 people,” Wilson recalls. “We’ve refined the science of handling large events a little more by now.”

The essential flavors — vanilla, chocolate, butter pecan, cookies and cream — are all there, but Sunni Sky’s distinguishes itself with the unique offerings. A hot day in June this year offered lemongrass, bacon and black licorice, among others you won’t find in a Baskin-Robbins. Wilson says “word of mouth” is his biggest marketing tool (he doesn’t do much advertising), and he thinks that plays a big part in why his product has become a “must” for Campbell students.

“We’re a family business. We’ve had proposals in here, and we’ve even had a few employees who are now married,” Wilson says. “There’s a big father who comes in all the time and sits down at the kiddie table with is little girl. Those moments, that’s what’s really important to me.” 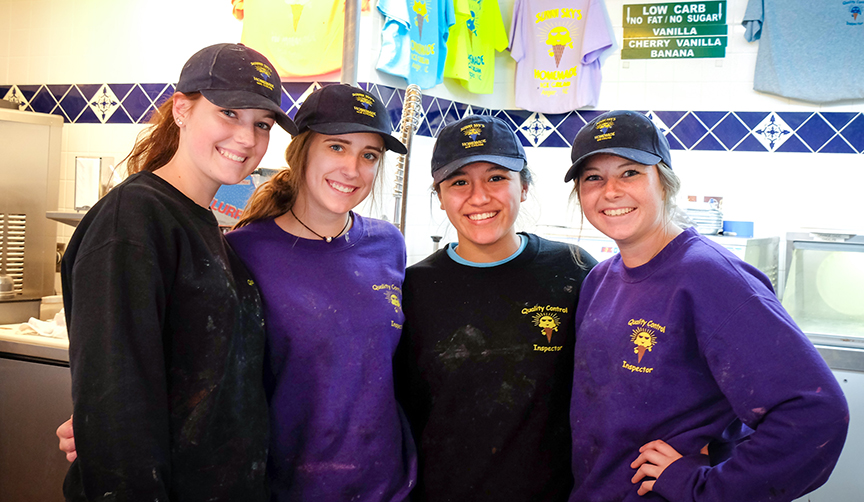 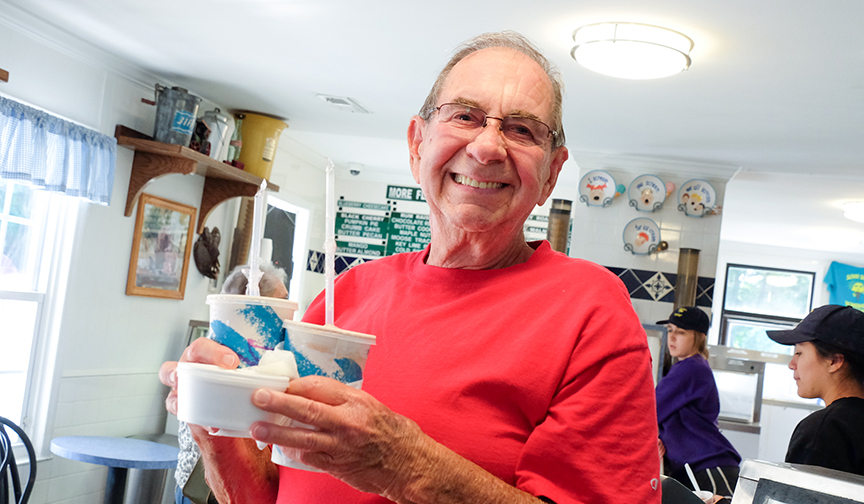 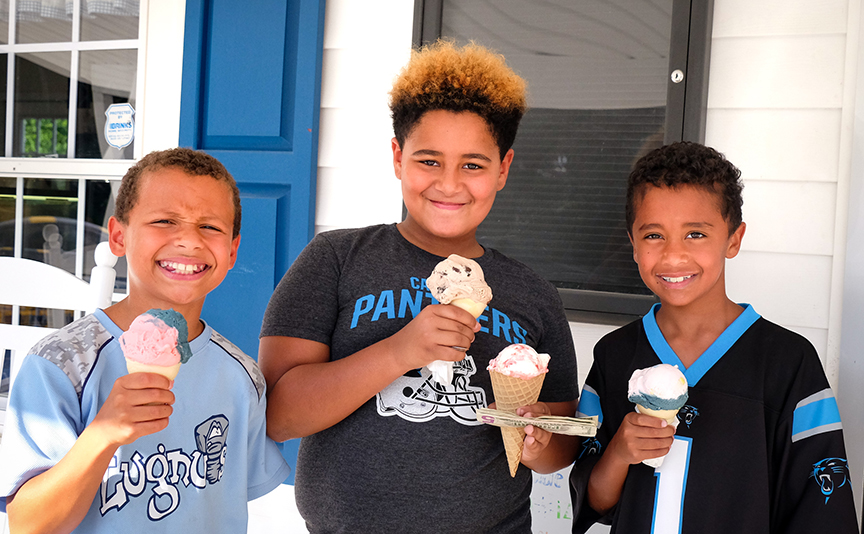 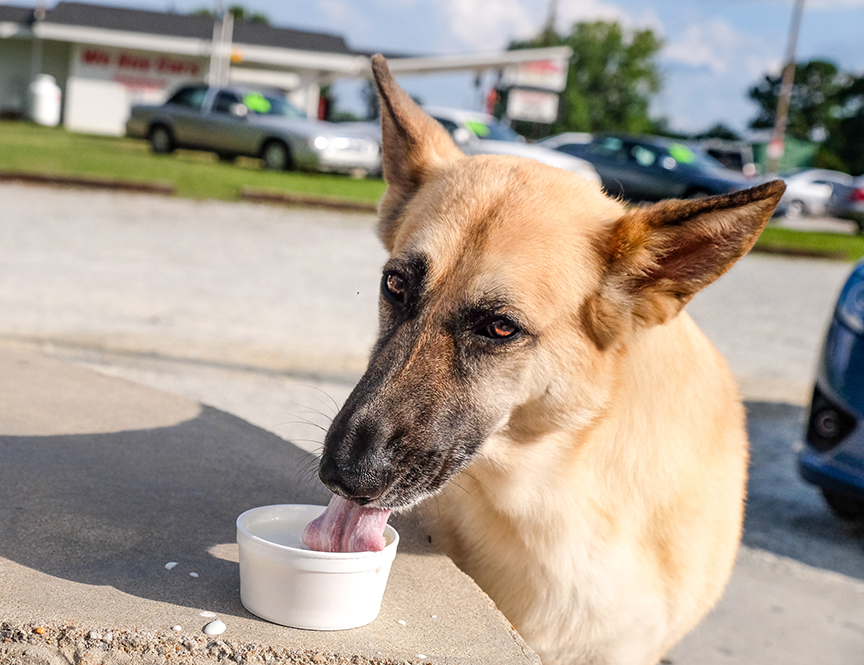 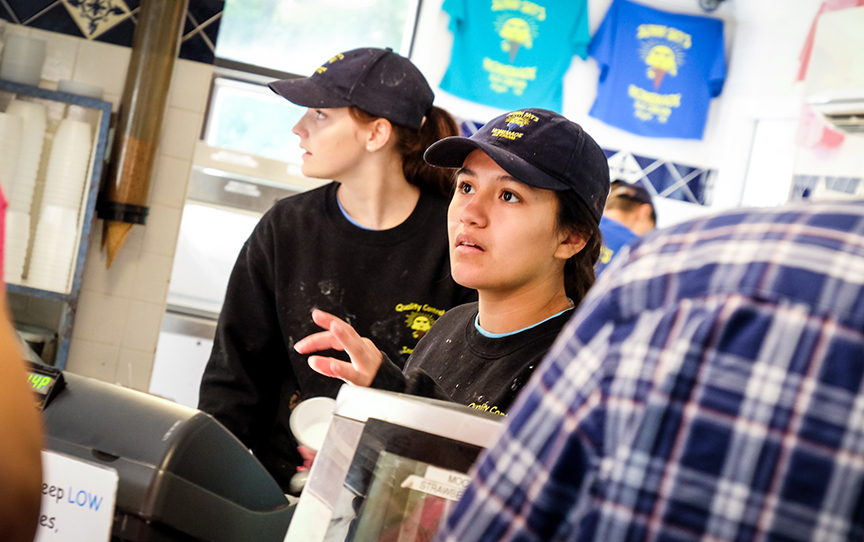