The struggles and triumphs of being a first-generation college student

They’ve barely been on campus five minutes — this mother and daughter team — when a young woman standing near a video camera on a tripod approaches them with a request.

We’re asking students to talk about their dreams, the woman says, surrounded by hundreds of other parents and students at the morning showcase of Campbell’s first freshman summer orientation of 2017. We’d love to hear yours.

The daughter is hesitant. She’s barely had time to soak in the enormity of this weekend — her first taste of college life and adulthood.

“Do it. Do it,” her mom whispers, accompanied by a gentle nudge, a bird encouraging her fledgling to take flight.

She relents and takes a seat.

“My name is Jennifer Salazar-Sanchez, and I’m from West Jefferson, North Carolina,” she says through an effulgent smile, the Gore Arena lights shining off her braces. “And my dream is to become a doctor and make my family proud, because I’m a first-generation college student.”

Her father — an immigrant who left Mexico when he was 17 — dropped out of school when he was 12 to help his father work. Her mother came to the U.S. when she was 15 and had never stepped inside of a school.

The oldest of two children, Salazar-Sanchez didn’t have someone close to her whose experience could help her navigate those rough middle school waters. High school was also unchartered territory.

A-honor roll. Top 10 percent of her class. A member of a club for future health professionals, the Beta Club and a community service club. And as a member of her school’s Upper Bound program, she was on the fast track for college.

“I didn’t just want to stop with high school,” she says. “But when I was accepted to Campbell, my parents began stressing out about the future. How do we make this happen? How are we going to afford it? They didn’t know anything about the process. But they also wanted this for me.”

Thanks in large part to the Upper Bound program, Salazar-Sanchez’s counselors at Ashe County High School helped her through the application, scholarship and financial aid processes. School would be paid for. Her family could focus on the important things, like what to buy for a dorm room and how to spend their summer with their trailblazing daughter.

“It was emotional. Very emotional,” she says. “My parents cried. I cried a little … but not as much.”

Roughly 30 percent of all entering freshmen on any given college campus are first-generation college students, according to the National Center for Education Statistics. That percentage goes up when you loosen the definition of “first generation” — some define it as a student whose parents didn’t obtain at least a four-year degree.

Students who enter with that tag are, statistically, at a disadvantage from Day 1 compared to those whose parents have experienced the rigors of college. Being a first-generation student is one of the most cited predictors of higher education failure, according to the First Generation Foundation, a national nonprofit dedicated to reversing this. These students are less likely to graduate — more than a quarter of them drop out after their first year (four times the rate of their peers).

Students like Jennifer Salazar-Sanchez — first-generation students from lower-income families — have an 11-percent chance of earning a degree within six years of high school graduation. The reasons are many and varied, but the overriding factor is the ability of a student to lean on their parents’ experience.

“First-generation students often don’t have a clue what they’re getting into,” says Michelle Perez, assistant vice president of student success who joined the Campbell staff last fall. “And the realities of college are surprising. The academic rigor is often underestimated, especially for a student who did well in high school but felt like they weren’t challenged.”

Then there are the social challenges, which for many are just as daunting as the classroom. Making new friends. Working out time management. Handling newfound freedom. Dealing with roommates.

“The college experience is never what any student expects it to be,” Perez says. Think about how much more difficult college would have been without that immediate, experienced support system back home, she says, and you’ll begin to scratch the surface of how difficult this brave, new world is for these 18- and 19-year-old kids.

“First-generation students can have an amazing amount of grit, even just getting this far,” she says. “They come in determined to make it. Nothing’s going to get in their way. It’s in their nature.

“We have a lot of room to get better at supporting these students.”

Buies Creek Academy — the forerunner of Campbell University — was built on the idea of providing an education to young men and women who otherwise may not be able to afford higher education at the UNCs and Wake Forests of the region.

In a leaflet promoting the second year of classes at the Academy in 1888, founder James Archibald Campbell sold his school as such.

“Our rates are lower than any other similar institution, and we give special inducement to worthy young men who are unable to pay their tuition,” Campbell wrote. “Don’t fail to come because you are ignorant or poor. We have classes that will suit you and will rejoice to help you prepare yourself for usefulness.”

By 1900, at least 21 young men and women who graduated from the Academy were working as teachers in the Harnett County public school system. The students he taught were now teaching hundreds of children — education begetting education.

“The waves of education,” Campbell said, “set in motion here are enlightening and uplifting, widening areas of our loved state.”  Over a century later, that quote still reflects the impact successful first-generation college students can have on their communities and society as a whole.

While not every first-generation student comes from a low-income background and not all students from low-income families are the first to attend college, many of these students look at a college degree as a means to “break the cycle” of poverty or low-income earnings that have spanned generations in their families. According to U.S. News & World Report, millennials working full-time with a college degree make, on average, $17,500 more a year than their peers with just a high school diploma. The Economic Policy Institute finds that high school graduates who didn’t attend college are less likely to have a job, less likely to be married, less likely to own a home and less likely to contribute to a retirement plan. 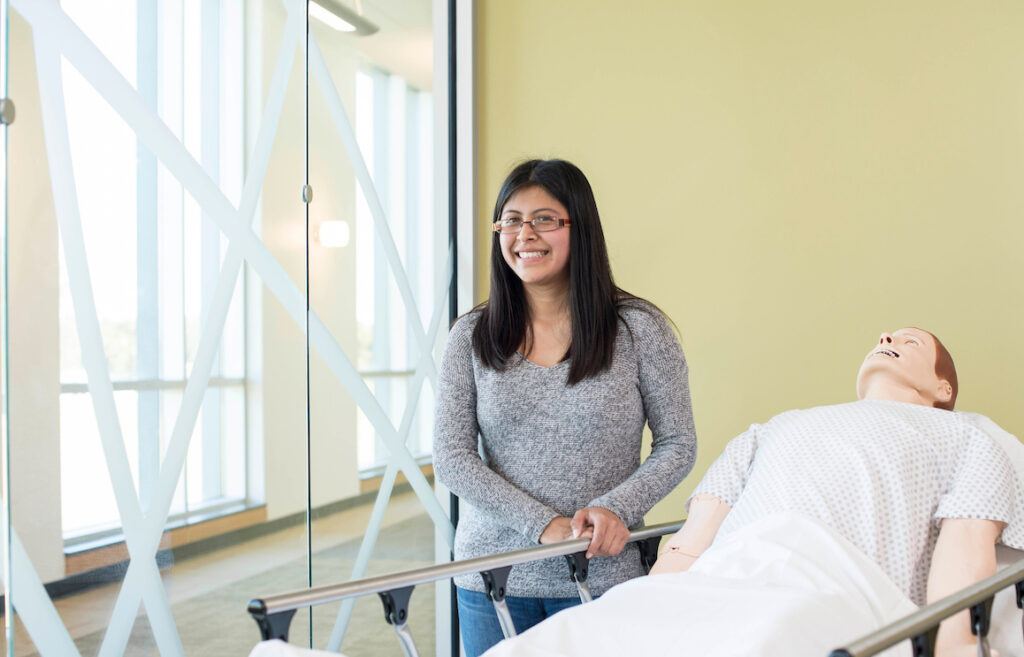 Jennifer Salazar-Sanchez’s parents came to the United States for several reasons. Advanced health care was near the top of their list.

When her mother left Guatemala at the age of 15, she was sick. She just didn’t know it. After having her first child, she suffered from immense pain in her back. When Salazar-Sanchez turned 2, her mother was sent to a hospital in Winston-Salem for emergency surgery. A kidney stone that had developed over her childhood and went untreated for years had done enough damage to require the removal of a kidney. She’d go on to have a second child, a boy, despite warnings from doctors that a pregnancy with one kidney would be risky.

“She literally spent every two weeks in Winston-Salem,” Salazar-Sanchez recalls. “She’d be home for a short time, then back at the hospital three days a week for tests. Seeing her in the hospital and seeing my dad work extra [her father worked for a large Christmas tree farm] to pay the medical bills — it was a huge eye-opener for me.”

A few years ago, her mother needed a different “big” surgery to repair broken bones in her neck. Salazar-Sanchez decided then she wanted to study medicine.

Salazar-Sanchez talks on the phone with her parents almost every night. Her first weekend home during the fall, she was met at the door with a big bear hug from her little brother. That same brother talks to his friends at school about his big sister all the time.

Her parents are there for her emotionally, which is all she can ask for. Sometimes, simple reassurance is all a college student needs heading into his or her first round of final exams.

“Last week, I had exams in biology, chemistry and math, back-to-back-to-back,” she says. “So I called my parents, we talked, and I asked how it was possible to study for all three.

“They told me to try the best I can, like I’ve always done. Everything is going to be OK.” 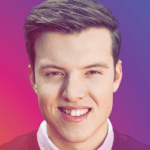 NEXT | THE LITTLE THINGS
CALEB REGISTER