For Caleb Register, it was the little things that proved the most frustrating during his first year of college.

Meal swipes, for example. It took his entire first semester before Register, now a sophomore business administration and marketing double major, figured out that he could use his student ID card to pay for meals in places other than Marshbanks Cafeteria. He, instead, used cash at Oasis and other places that accepted Campbell currency.

The library and how to reserve a study room. He didn’t know this was an option heading into his first exams.

Then there was dealing with the finances — scholarships and loans. And how to navigate through a social life while figuring out the academics and business side of college life.

If Register had someone to “show him the ropes” before college, none of these things would have become burdens during his first year.

“I had no idea what to expect before I got here,” says Register, a native of St. Pauls, a tiny town of 2,000 people in rural Robeson County. The only child of a retired UPS delivery driver and a church educator, he says the uncertainty didn’t necessarily make him “nervous” heading into college, but it also didn’t instill a ton of confidence early on. He assumed — having heard from just about everybody — the workload in college would be different (which it was). Beyond that, college was an enigma.

“I knew college would be a lot of work,” he says. “But I didn’t really seek a lot of advice before I got here. I could count on my mom and dad to help me with certain situations, but there was a lot here I had to figure out on my own. And it wasn’t always easy.” 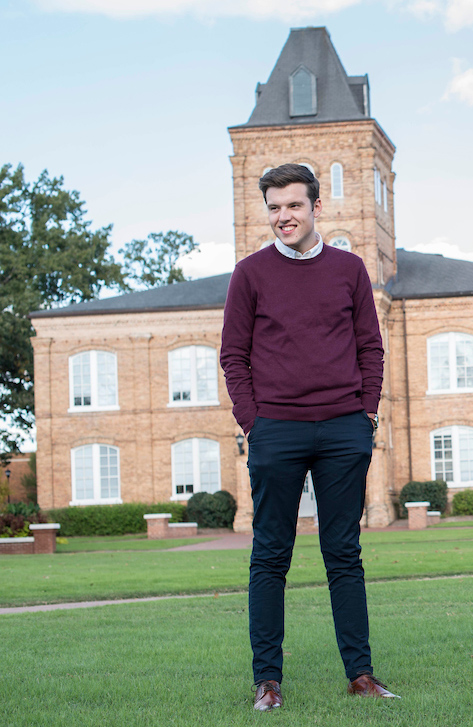 The little things add up. Stress, lack of preparation and an inability to balance school, work and a social life are among the top reasons freshmen drop out of college. A fourth of all incoming freshmen at Campbell will not make it to their sophomore year, slightly less than the national average (31 percent, according to Unigo, an online resource for prospective college students), but far from the perfect score all universities strive for.

In 2010, Campbell brought in Jennifer Latino to establish the First-Year Experience. Latino, who directed a similar nationally recognized program at the University of South Carolina, launched the Campbell University Freshman Seminar (CUFS), a one-credit course for first-year students to build good study habits, develop productive relationships with their faculty and peers and learn the ins and outs of college life.

“The transition to college is a challenging adjustment for most students. The differences between high school and college are tremendous both academically and socially,” Latino says. “Couple that with the instant independence and responsibility, and many students find that they feel lost or unsure of their decision, especially in their first term.”

CUFS, she says, was not designed specifically for first-generation students, but the program has been more beneficial to those students, as it has helped ease their transition to college.

“The course gives students a small cadre of peers to connect with as well as a caring faculty or staff member and a peer mentor,” Latino says. “These connections are often more impactful than the course content. Additionally, the freshman seminar introduces the concepts of college life including resources like the library and campus traditions, as well as processes like registration, billing and payment and academic planning. [The material] is helpful to all students, but especially those who are new to college and have had little to no exposure to these concepts at home.”

In many cases, she adds, students from more at-risk populations (first generation, low income, etc.) have seen greater gains from the course than their peers from more affluent families.

Roughly 200 students took part in CUFS in 2011. Last fall, that number was closer to 600, with each class averaging 19 students to keep the student-faculty ratio small. Campbell’s business, pharmacy, engineering and nursing schools also have similar 100-level courses that serve as an introduction to those programs and are designed with student retention in mind.

Since its implementation, freshman retention rates at Campbell have improved. Currently, 75 percent of Campbell freshmen return for their sophomore years — slightly higher than the national average of 71 percent and the state average of 68 percent.

For a guy who has played lead guitar in bands going all the way back to the seventh grade, you wouldn’t expect “social life” to make the list of first-year struggles at college.

But Register — whose band Through the Night released its first album during his freshman fall semester — is more introvert than extrovert. His weekends during college usually involve trips home to see his girlfriend, a student at Robeson Community College, and play gigs at clubs, restaurants and festivals. His social life on campus, however, is a part of the “hidden curriculum” he’s yet to ace.

“I don’t know why, but it just seems that students whose parents went to college, especially those who attended Campbell, for them it’s easier to just jump in and join what’s going on here on campus,” he says. “It’s probably the biggest challenge for me here now.”

As for the academic side, that transition has gone a little smoother for the former high school valedictorian. Register went home last summer with As and Bs. He also figured out that despite growing up with the mindset that he would become a doctor one day, biology and science weren’t his forté in college. It took a full semester for him to realize he liked business and the diverse career opportunities a degree in business administration afforded. His goal is to stay in school for a master’s degree and CPA certification.

He admits the degree uncertainty early on might have been different if he wasn’t a first-generation student, but Register says he’s lucky to have switched over so soon in his academic career. He says the CUFS course and the things he learned during freshman orientation did help him make that decision before it was too late.

“It helped me figure things out that might have been too awkward for me to seek out on my own,” he says. “There’s a lot I still have to figure out, but I’m getting there.” 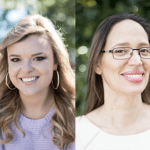