The ink on his degree from Campbell University barely dry, the 2006 graduate decided to turn his passion for filmmaking into a business. JerFilm Productions started small — weddings and commercials in the beginning. Nearly 13 years later, Jeremiah McLamb’s business has grown, allowing him to travel the world shooting documentaries and pursuing his dream of directing feature-length films.

“God has been so good,” says McLamb, whose second feature, “Restoration,” was completed in 2016 and released recently on streaming services and to retail stores across the country. “I’ve had so many incredible mentors and people in my life who’ve helped me get to this point. I always knew I wanted to work for myself — I’ve always had that vision and that desire.”

JerFilm was one of the first businesses to join Campbell University’s Orange Owned initiative, a new program from the Office of Alumni Engagement intended to identify, connect with and recognize Campbell alumni who’ve started their own business. Assistant Vice President of Alumni Engagement Sarah Swain, says Orange Owned — which consisted of nearly 90 businesses a month after its launch — not only celebrates alumni success, but provides the Campbell community with an online searchable database for those who want to patronize and support alumni-owned businesses.

“We wanted an opportunity to not only connect with our entrepreneurial alumni, but also find their passions,” Swain says. “It may be a law practice or a jewelry design company. Or in Jeremiah’s case, filmmaking. If I’m looking for a filmmaker or videographer in North Carolina, I might want to find a Campbell grad, because we’ll have that connection — that shared Campbell experience.”

McLamb credits his experience at Campbell for giving him the courage to start a business so soon out of the gate following graduation. A native of Fayetteville, McLamb got into filmmaking in high school — mostly shooting weddings at $100 a pop or writing and creating short films. At Campbell, he flourished, interning for a Raleigh-based film studio through the help of a professor.

“I was planning to get my master’s degree in film after Campbell, but during my senior year, I had such great internships and great professors — I felt like I was ready to do this. I had worked on real sets with real professionals. I had networked and learned enough to believe I was ready to start getting paid as I learned, instead of the other way around. I didn’t have a clue about starting a business, but I was confident — or naive — enough to not be scared to make the leap.”

In the past, the typical approach to filmmaking success meant heading to the West Coast and finding a big break in Hollywood. This isn’t the case anymore — North Carolina is home to a strong and still growing movie industry, and Atlanta is churning out more movies and TV shows than anyone (the industry had a $9.5 billion economic impact on the state of Georgia in 2018 alone).

“The current generation of filmmakers can work anywhere and have incredible tools at their fingertips to make incredible work,” McLamb says. “Staying in one place is no longer an excuse.”

That doesn’t mean starting from scratch in his early 20s and carving out his own niche locally hasn’t been a struggle over the past 13 years. McLamb learned from the beginning that running a business means 20 percent doing what you love to do and 80 percent … well, running a business.

McLamb credits his wife, Amy, with helping him grown in that area. He also learned along the way that he didn’t have to “do it all” when it came to filmmaking to be successful. 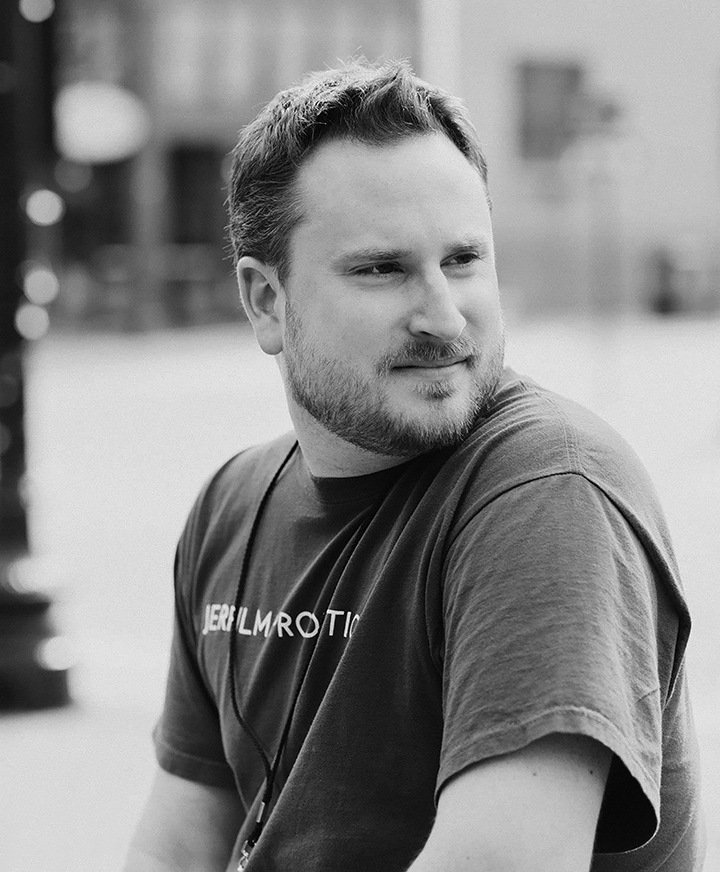 “You have to learn to let go,” he says. “I used to feel like I had to shoot everything, edit everything and create and pitch every concept. You reach a point where you can’t do it all. But when you find like-minded creatives to work with who understand the JerFilm brand, it’s gold. God has blessed us, and I’ve been blessed to find the right people along the way.”

McLamb’s documentary work has taken him around the world, filming documentaries and promotional videos for missions, churches and faith-based organizations in Haiti and Thailand. Faith plays a big part in the “JerFilm Brand.” While not everything he does has to have a “faith-based” theme, it’s prevalent in much of his work.

“My faith is the core of who I am,” McLamb says. “It’s the foundation of everything I’ve built this business on. JerFilm is a ministry, too, and the stories I want to tell aren’t necessarily ‘Bible stories,’ but they carry the truth of what I believe. That’s my goal, and that’s what is in my heart.”

McLamb directed and co-wrote and co-produced his second feature-length film in 2016, Restoration, about a young wrestler and her coach — she needs the mentor to get her to the state championship, and he needs someone and something to believe in. McLamb called the film “a journey,” that took nearly three years from concept to final edit.

“It’s about a man who’s hit rock bottom — has no hope and no faith — and God puts someone in his life that pushes him in another direction,” McLamb says.

The film got a distributor through Inspired Family Entertainment and this year found its way on the shelves of several big box stores (WalMart, Target and Best Buy) and can be found on several streaming services like Amazon Prime.

His next feature film will begin production in early 2020, McLamb says. Like Restoration, the movie will deal with true-life, “incredible stuff.”