Success breeds success. And while a school-record 49 wins and a Big South North Division title weren’t enough to garner a berth in the NCAA Tournament in 2013, Campbell’s big season (coupled with 41 wins the previous year) did mean a closer look from major league scouts across the country.

This summer, four former Camels are playing affiliated professional baseball. Pitcher Matt Marksberry and outfielder Ben McQuown were drafted by the Atlanta Braves and Oakland Athletics respectively this spring, while Ryan Mattes signed a free agent contract with the Kansas City Royals and has begun pitching for the team’s Burlington affiliate.

Campbell finished 2013 with a 49-10 record, winning the North Division and finishing as the runner-up in the Big South Tournament. A school record nine Camels were named All-Big South, including Ryan Thompson as the conference’s Pitcher of the Year and Greg Goff as the Coach of the Year. 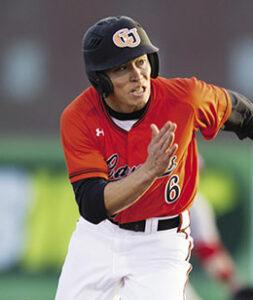 Through 11 games in the minor leagues, McQuown was batting .333 for the AZL Athletics, registering three doubles and a triple to go along with eight runs scored and five RBI. The Waianae, Hawaii, native was picked in the 30th round by Oakland. Named All-American by both Baseball America and the NCBWA in 2013, as well as First Team All-Big South, McQuown led all of NCAA Division I with 54 stolen bases for the Camels, and batted .329 with 65 runs scored, 30 RBI and four home runs. 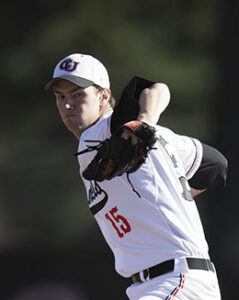 Through three appearances with the Burlington Royals, Mattes posted a 1.80 ERA with no record, pitching 5 innings with nine strikeouts and no walks. He allowed just one earned run in those appearances, holding opponents to a .118 batting average. He signed a free agent contract with the Royals in June. Mattes was named First Team All-Big South as a starting pitcher in 2013, setting school records for walks per nine innings (1.5) and the lowest 100-plus inning ERA in Campbell history with a 1.94 clip, ranking third overall in school history. 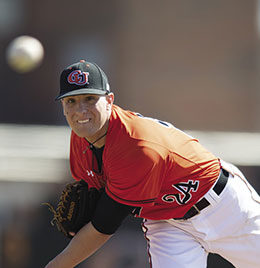 The Atlanta Braves 15th round pick in the 2013 MLB Draft picked up his first professional win on July 10, in a relief appearance for Danville against Kingsport. The Batavia, Ohio, native went 8-2 on the mound in 2013 for the Camels with a 4.90 ERA, striking out 73 in 68 innings of work. The lefthander’s eight wins is tied for sixth in single-season school history, and his 9.7 strikeouts per nine clip in 2013 stands second all-time.