There were many who questioned Campbell University’s decision to go ahead with fall football in 2020 — settling on a COVID-shortened four-game season (all against much larger FBS programs) instead of waiting it out for a bigger, more level playing field in the spring. The Fighting Camels were one of only 15 FCS programs to play in the fall, meaning no shot at a conference title in the spring and no shot at its first-ever playoff berth.

But with 15 seconds left on the clock in the fourth quarter of that first September game in Statesboro, Georgia — against a Georgia Southern team favored by 28.5 points, in front of a national audience on ESPNU — Campbell Head Coach Mike Minter knew his program had made the right call.

“Everybody — outside of us — everybody thought we were crazy,” Minter says. “Until they saw it. Then once they saw it, they said, ‘Ahhhh … I see what you’re doing.’”

On that warm fall evening in Paulson Stadium, quarterback Hajj-Malik Williams connected with Jalen Kelsey for a 20-yard touchdown pass with 15 seconds left in the game to pull Campbell to within 27-26 against its much larger FBS opponent, on the road. Minter could have opted to kick the extra point to tie the game and force overtime. But with his smaller roster spent physically, Minter decided to go for what would have been by far the biggest win in Campbell’s 12th year as a football program. The two-point conversion — and the upset — came up short.

But that showing — Campbell led 20-6 at one point — showed Minter and his team that they belonged on the field with anybody. Anybody. And it provided a crucial building block to where this program is heading when it takes the field again next fall.

“I believe we can win an FCS championship, and our guys have got to know they can do that. That game gave us the opportunity to start living in the reality that we can be a championship organization.”

Campbell enjoyed — yes, “enjoyed” — one of the most positive winless seasons in college football history in 2020. All four of its FBS opponents played in bowl games in 2020. Coastal Carolina was ranked No. 12 in the nation at one point and beat nationally ranked BYU in December. Appalachian State was ranked No. 23 in the nation early in the season and beat North Texas in the Myrtle Beach Bowl in December. Georgia Southern — that Week 1 opponent — whipped Louisiana Tech 38-3 in the New Orleans Bowl to end its season.

And while the Wake Forest game appeared to be the one true “blowout” loss of the season, it was historic for the fact that it marked Campbell’s first game against an ACC — the “Big 5” — team.

The Coastal Carolina game on ESPN drew more than 500,000 television viewers and was the only college football game on TV that Friday night. Campbell social media went “through the roof” during the Georgia Southern game, and the University’s main website (and its admissions page) saw an 863-percent increase in traffic that night. The GoCamels.com athletics site saw a similar boost.

And all of these games meant a nice payday for the athletics program. The Camels received $150,000 to play in Boone and $325,000 to travel to Georgia.

According to Ricky Ray, associate athletics director for external affairs, the decision to break from the pack and play in the fall may have been considered by some to be a gamble, but the payoff has been extraordinary for a program just entering its lucky 13th year since relaunching in 2008.

That decision will help lay the groundwork for what Minter hopes is a perennial contender at the FCS level for a program that began scholarship play just three years ago.

“It’s all about recruiting,” Minter says. “People have to know who you are before they come to your house to talk about playing football for your program. Our exposure by playing four bowl-eligible teams this year —no other FCS school in the country can say they did that. Now Campbell is becoming a name everybody knows.”

And he says the players who return in 2021 —the four-game season won’t count toward their eligibility — will be ready for anything.

“The confidence is there. We know how good we can be, and we know how we stack up against some of the best in the country.”

Ray agrees these four games will mean a ton to the football program, but he says they’ll be huge for the University as a whole as well.

“And what’s great is there are so many cool things happening at this University, and if it takes a football game for somebody to log onto our website and say, ‘Oh, they have an engineering school,’ or, ‘Oh, they’ve got a new medical school and this great location … then perfect. That’s why we do it. There’s a reason many say athletics is the front porch of the University.”

The good news: Hajj-Malik Williams is considered one of the best FCS quarterbacks in the country. The better news: He still has three years of eligibility with the Fighting Camels.

The 2019 Big South Conference Freshman of the Year and the 2020 PreSeason Big South Offensive Player of the Year, Williams continued to shine in Campbell’s shortened four-game season, all against FBS schools.

He was named the national FCS Player of the Week for his 237 yards passing, 73 yards rushing and 3 touchdowns against Georgia Southern in September, and he caught a touchdown pass against Wake Forest in a play that made several SportsCenter highlight segments in 2020.

Williams will enter 2021 as one of the top young QBs in the country and an MVP candidate in the Big South Conference. 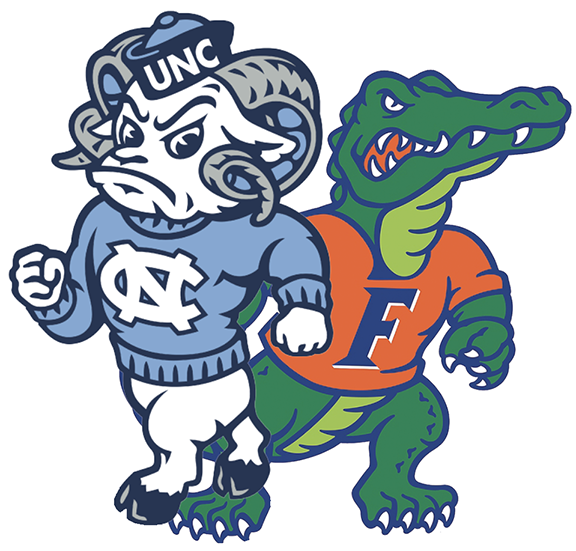 The stage keeps getting bigger for Campbell football, and few in the sport are as big as the University of Florida.

The Camels will travel to Gainesville, Florida, on Sept. 12, 2026, to face its first SEC opponent, winners of three national titles. A sellout crowd at Ben Hill Griffin Stadium means playing in front of nearly 92,000 people on that Saturday.